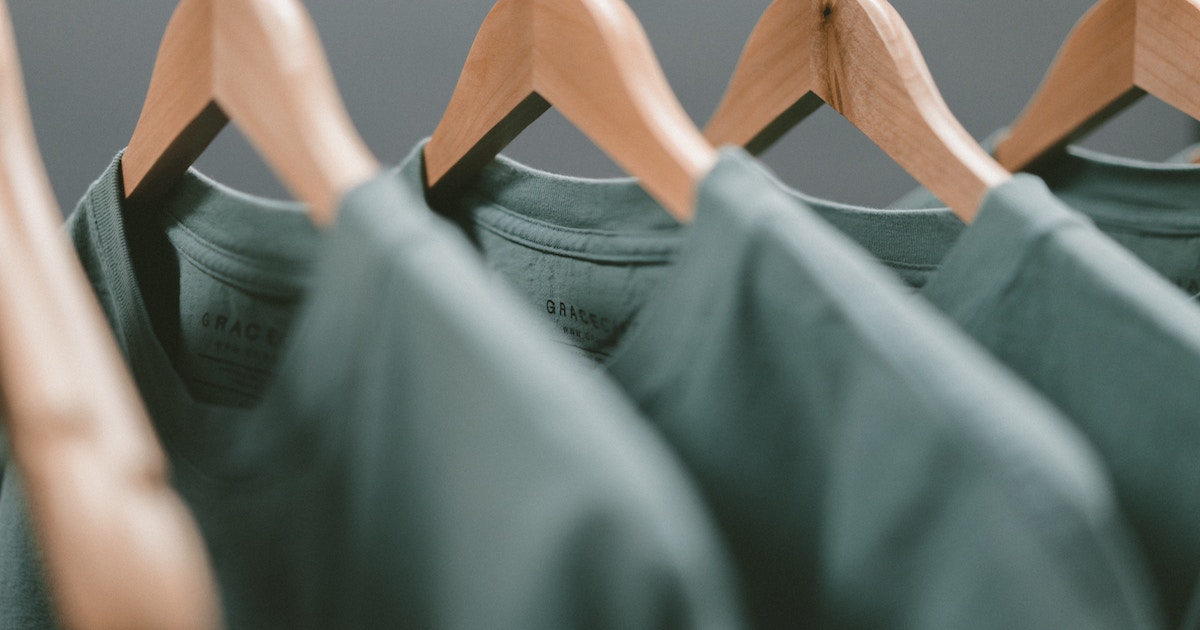 You may consider yourself an urban nomad, but, chances are, the t-shirt you’re wearing is better traveled than you. When you boil it down to its simplest form, a t-shirt is simply the fabricated version of cotton fiber that is cultivated across millions of acres of farmland in such disparate places as India, Brazil, Uzbekistan, and the USA. It is tended to by thousands of agricultural workers, harvested, then sent off to another country for processing and weaving before stamping its passport once again to be sewn into clothing. This epic journey is the direct result of a globalized supply chain in which companies seek out the lowest cost, most efficient systems in order to compete for price and, in turn, attract the customers they need to thrive in a cacophonous global economy.

Your t-shirt begins on an industrial cotton farm in India, where child labor in the garment sector is rampant, or maybe the USA, where workers and neighboring communities complain of pesticide-derived allergies and long term illness. After breaking down the plant to yield the fiber through a process called ginning, the cotton fiber is sent to a processing center to be spun into yarn. Textile production is a competitive industry, with several countries competing for highest production, including India, China, and Indonesia. What the industry calls yarn is what the average consumer would call thread and, in the case of cotton, the process requires precision and skill or the final woven product could fall apart within a couple washes. Cotton yarn is like the steel support beams of a skyscraper – it keeps the fabric strong.

Your eventual t-shirt has already traveled to as many as three countries and touched dozens if not hundreds of hands, and it doesn’t even look like fabric yet! Once the yarning process is complete, cotton thread is sent to a factory – most likely within the region it was yarned in (think China, the EU, or the US) but sometimes farther – for milling. This is the fun part, because the mill is where cotton shows its versatility. It can be woven into a fabric like twill, satin, or chambray; or it can be turned into knit fabric with specialized knitting machines.

The day has come for your shirt to become, well, an actual shirt. Finished fabric is sent to a low wage garment production center like Bangladesh, Cambodia, or Vietnam to be stitched into the finished product, most likely by a woman who works, according to a recent report by Fashion Revolution, six days a week and upwards of 60 hours on a wage that barely covers food and rent, and rarely covers additional expenses like healthcare and education for her and her children. Contrary to popular opinion, the garment industry is not automated. Rather, millions of workers sit at either a long row of tables or individual desks using standard-issue industrial sewing machines to create the clothing we eventually put on our bodies without a second thought to the humanity and struggle of the people who made it.

Your brand-spanking-new t-shirt has been pressed, folded, and packaged. It’s ready to make its penultimate journey: off to the store. Marked up to three times its production cost, it sits alluringly on a display table boasting SALE! in glaring red letters. You like the color, and the promise of a good deal isn’t so bad either. You slap down your credit card and take it home. And whether you paid $5 or $50, chances are, your t-shirt took the same global journey as all the other t-shirts. The global supply chain doesn’t discriminate.

“Congratulations,” you may be saying to your new t-shirt, “you’re finally home.” But not so fast. How long do you think you’ll hold onto that t-shirt? What if it fades? What if you gain or lose some weight? What if the trend cycle, which can change as frequently as every week, tells you it’s no longer in fashion? Your purchase wasn’t the end of this t-shirt’s journey. Its end is more morbid than that: abandonment. Once you decide you’re done wearing your t-shirt, which has already traveled to up to six regions or countries to be produced and presented to you, it takes one (or even three!) more excursions. You can donate it to a local charity shop, where it may be reused or repurposed by a secondhand consumer, sent off to a textile wholesaler or recycler, or thrown into the garbage. Or you can skip this step and throw it away yourself.

Because only 15% of discarded textiles can typically be recycled or repurposed, billions of pounds of textiles will be thrown into landfills each year. In the US, it’s 26 billion pounds. Meanwhile, Australia tosses as much as 1.2 billion pounds of textiles each year. In either case, the numbers are staggering. This simple t-shirt has traveled thousands of miles, touched hundreds of hands, and used hundreds of gallons of water, and will likely be thrown away within the year. What a tragedy.

So what can we learn from this epic tale of poison fields and child labor, of wondrous skill and innovation? The journey of a t-shirt teaches us that, when it comes to the garment industry, things aren’t as simple as they may seem at the store. T-shirts do not magically appear when we need them and disappear when we’re tired of them. We must learn to honor our clothing and think harder about what we consume, because to do so is to honor the hundreds of human hands, eyes, and brains that worked tirelessly to create something so that we could be clothed.

It also teaches us that, when it comes to consumption, we’re just one cog in a giant machine. And for that machine to keep running smoothly, it needs maintenance and support. From cotton fields to weaving mills to factories, we must insist on treating the hidden laborers of the garment industry according to their innate dignity. People matter, and so the t-shirts they made with their own two hands matter, too. 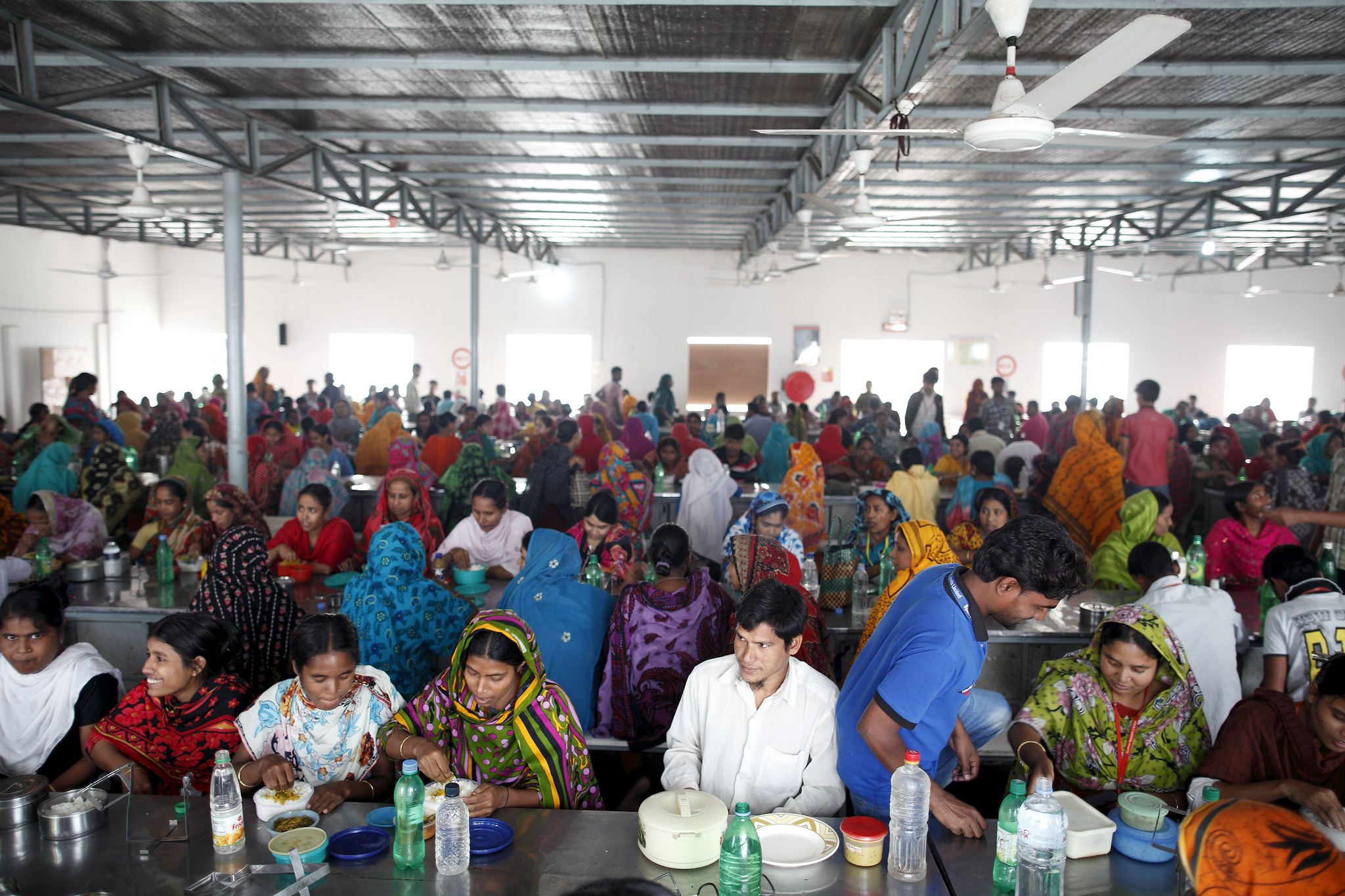 When someone introduces you to a new ethical product, are you ever tempted to yell into the void, “What... read more