Fitness – How Do You Stay Motivated? 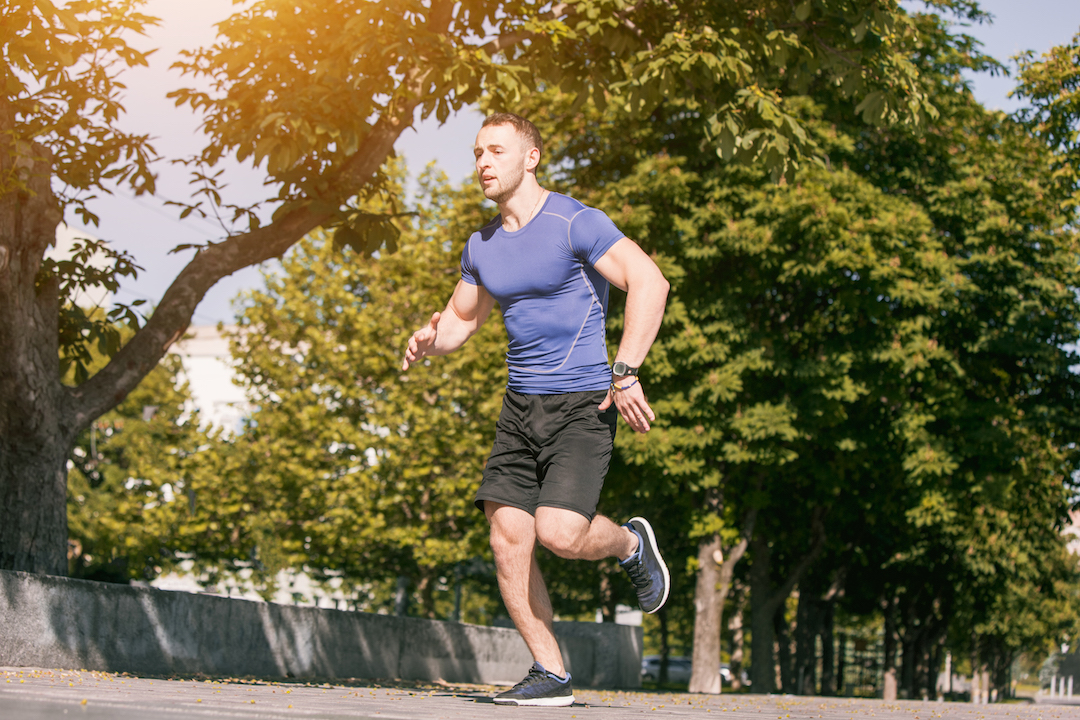 Fitness – How Do You Stay Motivated?

It’s 6am, the alarm clock goes off and you immediately hit the snooze… Just another 10 more mins you say to yourself. Or you’ve just finished a long day at work and you slump in your seat (if you’re lucky to score one) on the train for the long commute back home. Either way, the last thing on your mind is hitting the gym for your daily workout. We’ve all been there and it perplexes us how others around us stay motivated.

Finding time for the gym and summoning the effort to get yourself to workout is one of the hardest parts of any fitness regiment. Even with the best of intentions, diet plans and strategies in place – it means nothing if you’re lacking effort and struggling with motivation. Even for the fitness fanatics like myself, motivation isn’t a permanently switched on function in our bodies. Understanding this sensation however helps us manage it and the resulting outcome.

Motivation – at least in the simplest state is the name given to feeling empowered, driven or excited to complete a task. With a goal in mind, motivation is the reason for acting or behaving in a certain way to reach that goal. However, when motivation slips – what else can we rely on to make sure that our training doesn’t suffer? Discipline!

Motivation can be fleeting, but discipline is ingrained. The well known saying ‘motivation gets you started but habit keeps you going’ has never been more true than when applied to our fitness goals. (In this case we’re assuming habit and discipline are interchangeable)

It’s said that it takes two weeks to create a habit – good or bad – which means that you only really need to stay motivated for a period of two weeks at the beginning of your training plan before discipline takes over. Of course everyone has peaks and dips and not every day is a good day – but two weeks of motivation – ideally in a flow state (see below) – will set you off to a good starting point.

The first time I woke up at 5am, to say it was difficult would be a massive understatement. I wanted to crawl back under the covers but I couldn’t silence that inner voice. It kept harassing me and I eventually dragged myself out of bed. The second day was almost as hard, but by the second week I had become somewhat accustomed to it. Now, after several months of waking up at 5am, I just couldn’t have it any other way. Even if I sleep in until 6am (which admittedly has happened a few times) it just doesn’t feel like I’m making the best possible start to the day I know I can. My routine started with motivation, then discipline took over.

A flow state (as shown by the graph below) is the state in which the difficulty level and skill level are aligned equally. If there’s too much difficulty and not enough skill i.e. the challenge is too great too early – anxiety will set in, killing motivation and ruining both mood and flow. Likewise if the difficulty is too low when the skill is much higher i.e. an easy challenge much later on – boredom will set in, killing motivation again and disrupting your flow. 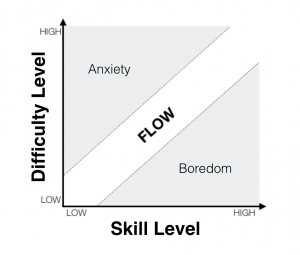 Relating this to fitness and you’ll see that the level of skill can be replaced with ‘fitness level’, ‘strength’, ‘flexibility’ or any other parameter that can be measured. You’ll soon see that if you stick within this ‘flow’ state that motivation is strong as it feels like you’re on a roll. When challenge matches skill level, it allows progression and progression is the absolute key to seeing motivation and encouraging yourself to keep moving forward.

I know personally, my best workouts have always been when the challenge I put to myself is within reach, as long as I work hard to get there. Setting myself unrealistic goals of deadlifting 150kgs by the end of the month, when my PB is 120kgs is futile as achieving that won’t be possible, leading to failure and disappointment (not to mention injury). Similarly, if my fitness goals for a particular week entail doing repetitive curls and low intensity cardio, then that’s likely not going to inspire me to keep the momentum going, resulting in waning motivation.

So discipline, while important, must not be misconstrued. You can be disciplined doing the same, unchallenging routine day in day out, but that won’t feed your motivation. The results you see will be negligible and boredom will set in. Progression is key, so ensure you’re operating in the flow state for optimum improvement and you’ll be in the best frame of mind for continued training.

Motivation usually starts from within. It’s spurred by that sudden realisation you don’t fit into your jeans anymore; or that you’re seriously out of breath while running for the bus; or the moment you glimpse an old photo of yourself rocking an 80s hairstyle in a tight swimsuit. These feelings germinate inside us until we take action. That doesn’t mean we need to conjure up these feelings in order to stay motivated though, as we can look to outside sources of inspiration to fuel that fire we started burning.

Common places nowadays to find some fitspiration include social media, music and video. I know first hand that if I’m busting out a set of pushups and the song “Eye of the Tiger” starts playing, I’ve definitely got a few extra reps in me. Likewise, there is a tonne of content on Youtube and Instagram of celebrities (and every day people) sharing excellent workout tips and motivating words. Subscribe to their channels so you’re inundated with fresh uplifting content each day. Who wouldn’t want The Rock, Dwayne Johnson shouting in your ear as you throw some weights around. It’s like having your own celebrity personal trainer.

So the next time, you’re feeling slugging and considering skipping that workout, turn to some motivational media to give you the jump-start you need. Also, it doesn’t hurt having quotes or positive body images on your wall or other noticeable areas such as your device wallpapers. They are a constant reminder of why you’re doing what you’re doing.

So in summary, the key to staying motivated is to build discipline that leads to noticeable progress. As you manage your skill levels and workout intensity to operate within the “flow state”, momentum builds and continuity is practically on auto-pilot.

This means the next time you’re alarm clock goes off in the morning or you’ve just finished a gruelling day at work, rise above that initial feeling of fatigue and allow your programmed habits to prevail. Remember, motivation gets you started, but habit is what keeps you going.